This summer AHB donated poplar chips and branches from the Pilchuck Demonstration Site to investigate potential uses for poplar biomass grown in the Pacific Northwest. Cedar Grove Composting received a sample of poplar chips for a potential composting trial, and the Woodland Park Zoo in Seattle fed poplar branches to zoo animals.

Elk and deer like to feed on poplars trees. That’s a problem when you’re a Pacific Northwest poplar farmer. But if your job is to keep zoo animals fed and happy, that’s an opportunity!

Woodland Park Zoo is home to a number of herbivores, like giraffes, rhinos, tapirs, and gorillas. These animals eat a lot of browse material, which often comes from pruning trees at the Zoo (including poplars) and from Seattle Parks and Recreation. A poplar farm could be a consistent source of browse for animal feed and enrichment activities. Woodland Park Zoo reached out to AHB to discuss whether starting a poplar farm might be a good option for them.

Specifically, the Zoo needs ways to provide green material during winter months, when deciduous trees have lost their leaves. The idea to use a poplar farm came, in part, from an example at Toronto Zoo in Ontario, Canada. Toronto Zoo operates an orchard of apple, willow, and poplar trees to feed their animals.

Dann Block, Lead Gardner at Woodland Park Zoo, came to the Pilchuck Demonstration Site to collect samples. Some of the poplar material was frozen and some ensilaged. The rest was fed to animals. Block tells us, “Giraffes loved the poplar and ate up all that was given. Rhinos snubbed it…the two we have can be picky eaters. Tapirs are getting some today to try.”

It might be possible to bale poplar, just like hay. Rick Stonex from GreenWood Resources hypothesizes that you could get two cuttings a year and wrap the material up for storage. If harvested on a once- or twice-per-year basis, the trees could be cut with commonly available farming equipment rather than needing a modified forage harvester. 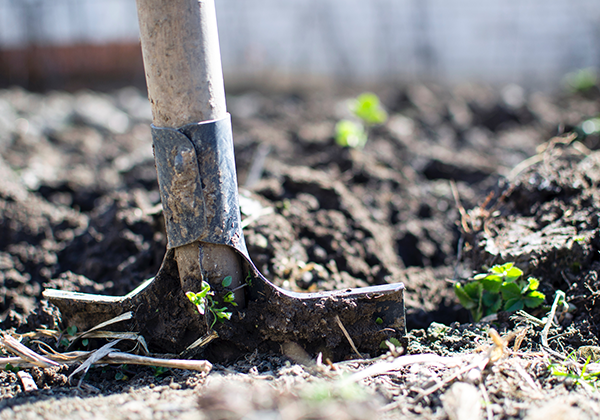 Multiple stakeholders have asked AHB if poplar chips are useful for making compost. If so, then:

The poplars at the Pilchuck demonstration site are high yielding, producing up to 50 tons of biomass per hectare at each harvest. But with no local markets, most of the harvested poplar chips are left in the field. A local compost company, Cedar Grove Compost, was given a sample of poplar chips to consider testing in their composting process.

Growing poplar for emerging markets would help support a Pacific Northwest-based bioeconomy by expanding poplar grower’s knowledge of production methods and providing an opportunity to further identify poplar varieties with preferred traits of economic importance such as pests and disease resistance. Demonstrating the viability of commercial poplar operations lays the foundations for a poplar-based bioeconomy that would demand thousands of acres of poplar trees to support a biorefinery.