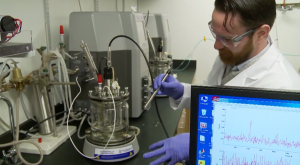 This video focuses on the conversion team’s goals, activities, and accomplishments in moving towards developing sustainable biofuel industries in the Pacific Northwest. 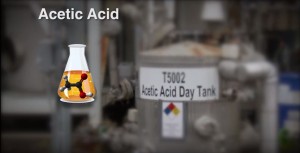 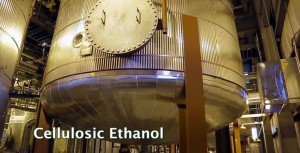 Cellulosic ethanol is one of the simplest and least expensive biofuels to make from cellulosic biomass. Most ethanol sold in the Pacific Northwest is made from corn grown in the Midwest. AHB is working to make ethanol more sustainable in the PNW by producing cellulosic ethanol from locally grown poplar trees. 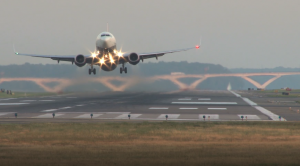 Currently, biojet fuel is the most promising renewable energy option for air transportation. The federal government and aviation industry are interested in biojet fuel because it offers opportunities for future growth while also increasing sustainability. In the Pacific Northwest, AHB is investigating the potential for biojet fuel made from locally-grown poplar trees. 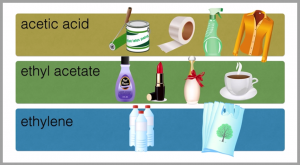 Along the conversion pathway from hybrid poplar wood chips to renewable transportation fuels, intermediate chemicals are produced, including acetic acid, ethyl acetate, and ethylene which can be used to make a variety of bioproducts that we use in our everyday lives. 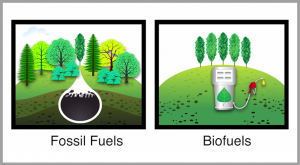 Nature took millions of years to convert plant materials into fossil fuels through various natural processes. We now have the technologies in place to produce equivalent liquid biofuels in industrial settings within a few days! 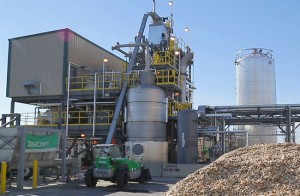 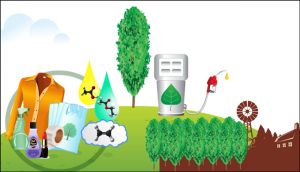 Biochemicals: The First Steps Toward Commercialization 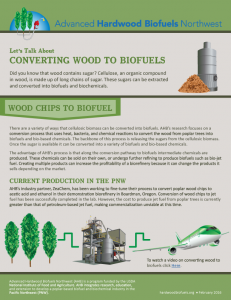 There are a variety of ways that cellulosic biomass can be converted into biofuels. AHB’s research focuses on a
conversion process that uses heat, bacteria, and chemical reactions to convert the wood from poplar trees into
biofuels and bio-based chemicals. 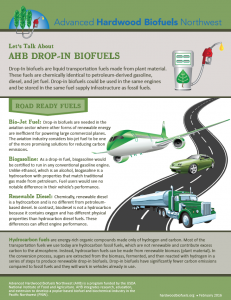 Drop-In biofuels are liquid transportation fuels made from plant material. These fuels are chemically identical to petroleum-derived gasoline, diesel, and jet fuel. Drop-in biofuels could be used in the same engines and be stored in the same fuel supply infrastructure as fossil fuels. 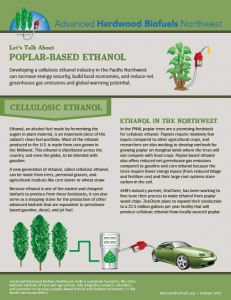 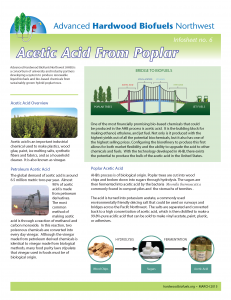 One of the most financially promising bio-based chemicals that could be produced in the AHB process is acetic acid. It is the building block for making ethanol, ethylene, and jet fuel. Not only is it produced with the highest yields out of all the potential biochemicals, but it also has one of the highest selling prices. 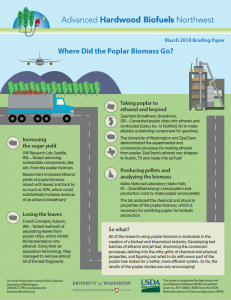 Where Did the Biomass Go?

March 2018
Developing test batches of ethanol and jet fuel, improving the conversion processes, and figuring out what to do with every part of the poplar tree makes for a better, more efficient system. So far, the results of the poplar studies are very encouraging! 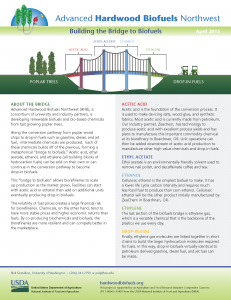 Building the Bridge to Biofuels 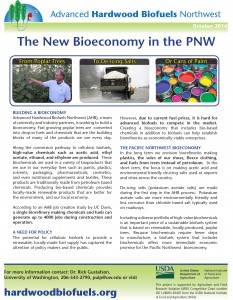 The New Bioeconomy of the Pacific Northwest

December 2014
AHB is building a Bioeconomy in the Pacific Northwest. 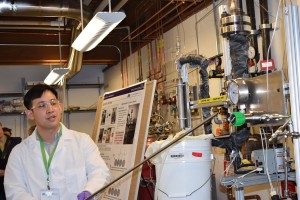 New research is identifying catalysts to produce bio-jet fuel from simple organic molecules such as ethanol. The research is being conducted by the AHB conversion team working in the University of Washington (UW) Biofuels and Bioproducts Laboratory in collaboration with ZeaChem. 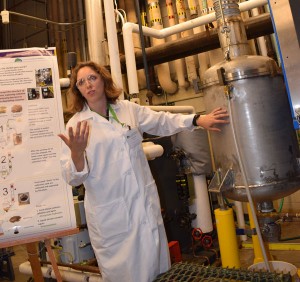 Conversion Team It’s all about the sugars

Ewanick and the UW conversion team led tours through their labs as part of the AHB annual meeting in Seattle. For the Advanced Hardwood Biofuels Northwest (AHB) conversion team, sugars and how they are treated are pivotal to producing several vital products from poplars. 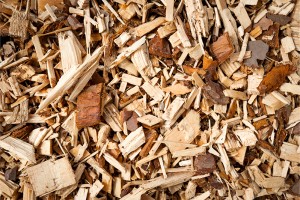 The Devil is in the Details: Understanding Poplar’s True Potential as an Energy Feedstock through Biomass Studies

Although sunny field tours through towering, leafy poplars are lovely, it’s really after the harvest that AHB poplars earn their keep. Following the harvest of the hybrid poplar demonstration farms at Jefferson, OR and Hayden, ID, GreenWood Resources sent sizable biomass samples to several laboratories for analysis and chemical characterization.

Ethanol in the Pacific Northwest